How do I recount my overnight stay onboard the U.S. Navy aircraft carrier, the USS Nimitz? There was so much in so little time. I won’t run through all the details of my Distinguished Visitors (DV) tour, deferring to the excellent experiences previously captured in the individual stories of the Ambassadors of Aloha. Instead, I’ll focus on the undercurrents that I found meaningful.

I was fortunate to be included in the Navy’s DV Embark program, staying on the USS Nimitz overnight, observing operations and interacting with the sailors. I was part of a group of 15, consisting of veterans, educators, local businesses, community leaders, and contemporary media (aka blogging and social media). It was an unusual mix of people and backgrounds, but all of us were anxious headed on this rare adventure. 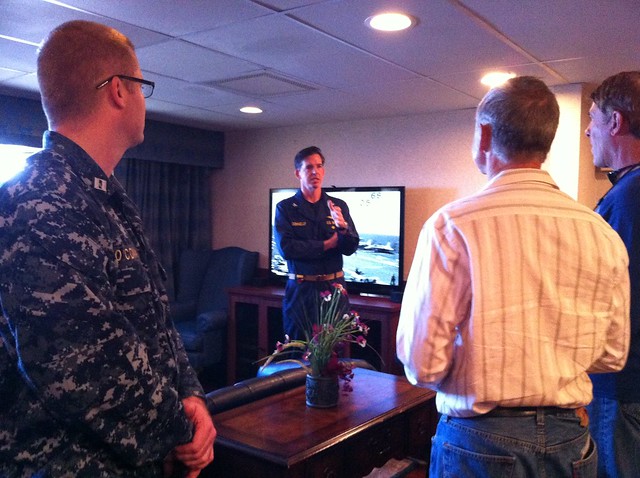 In these controlled situations, I understand making a great first impression, and this polished group delivered, demonstrating respect and true professionalism. But then, throughout out our entire stay, I noticed something else. This respect and professionalism was not exclusive to the leadership of the Nimitz or to those facing the public. Respect and professionalism was everywhere. As our inexperienced and awe-struck group toured the ship, we interrupted operations and generally got in the way. But through it all, every sailor was respectful to our group. Sailors greeted us as we blocked hatches and passageways and waited patiently as we struggled with the many ladders. There were crews carrying restocking supplies up and down ladders who paused their labor to let our group pass. Cleaning teams re-swept hallways as we trampled through. The respect and professionalism of the crew was not a facade, but truly, their everyday behavior.

Teamwork, teamwork, teamwork. Like the crew’s respect and professionalism, teamwork at every level was clearly evident. And in this dynamic environment, teamwork is critical. With everything that I saw, all the different shops I visited, and all the duties and responsibilities carried out, working as a team is the only possible course of action. The success of every action, every team, every sailor rested on the shoulders of another shipmate. Individuals cannot successfully maintain operations with the degree of complexity of an aircraft carrier. It requires individuals then teams working together, and that is what I saw. 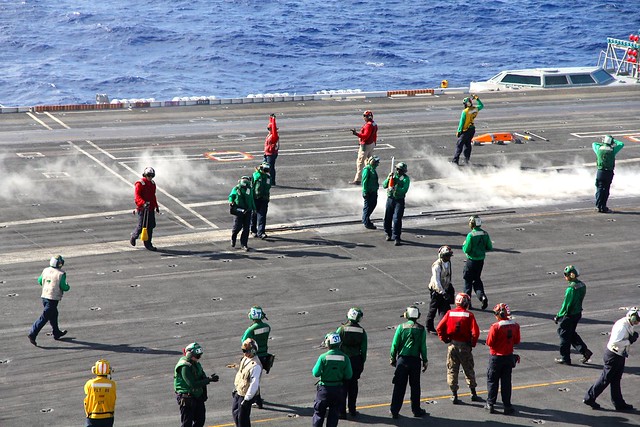 On the flight deck

On the flight deck, there was the rainbow of colored jerseys directing, launching, and recovering aircraft as others watched over their safety. Below deck, every shop reiterated how one of their goals was to work within their team to improve everyone’s proficiency. Teamwork was tightly woven into the fabric of the crew.

Another recurring motif I observed during my stay was the continuum of the U.S. Navy with its past, present, and future. The USS Nimitz itself is a product of the past, launched in 1975. Presently, the supercarrier recently underwent its nuclear fuel replenishment, making her ready to serve the future. 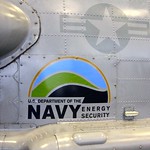 During the RIMPAC 2012 exercise, the use of new energy sources was a significant milestone. The Nimitz operated using a biofuel mixture, demonstrating the Navy’s Great Green Fleet initiative. Aptly described, this move to biofuels is synonymous to the Navy’s move from wind to coal, coal to petroleum (the past), petroleum to nuclear (the present), and now using biofuels to power the future.

As I mentioned earlier, teamwork was pervasive, but time after time, I heard present sailors talk about the future of their shipmates. Each one of them understood their watch was transitory, just a brief moment in time. During this time, it was their personal responsibility to train their successors and raise their proficiency. Current accomplishments were recognized, but future success is the goal. As a testament to this, listen to Petty Officer Gonzalez, one of the Aviation Boatswain’s Mates on the Nimitz. In this explanation of the carrier’s arresting cables, his dedication to the Nimitz and his team is unforgettably apparent at the 2:00 mark.

Our DV group had the extreme fortune of meeting with Rear Admiral Peter Gumataotao, Commander, Carrier Strike Group 11, and Commander, USS Nimitz Strike Group. As we watched flight operations from the tower, Rear Adm. Gumataotao made an unassuming entry, watching us in awe of the launched fighter jets. As he talked with the group, it was clear where the crew of the Nimitz received their qualities of respect, professionalism, and teamwork. Rear Adm. Gumataotao personified all of these traits and inspired us with his discussions about the Navy’s past, present, and future. Here is just some of what Rear Adm. Gumataotao imparted to our group.

As Rear Adm. Gumataotao engaged our group, it finally dawned upon me the makeup of our DV participants. There was my embark roommate, Ed, who served at Pearl Harbor 30 years ago. There was contemporary social media covering the tour. There were local businesses who present a future for separating Navy personnel, and there were educators who can influence future Navy sailors. The past, the present, and the future of the U.S. Navy were represented.

Like every other civilian who has had the opportunity to go on a DV embark, you come away awed, proud, and thankful for our service men and women and the sacrifices they make everyday.

My visit would not have been possible without the Ambassadors of Aloha, RIMPAC 2012, the Pacific Fleet, the U.S. Navy, and the Pacific Command.

Learn more about the USS Nimitz.

Canon Goes Mirrorless with the EOS M
Gearing Up for School

9 Responses to The Continuum of the U.S. Navy: The Past, the Present, and the Future