Sunday, September 9, 2012 marked the end of Starbucks’ 12 Star Dash. Did you finish the dash or did you coffee out along the way? I started with a simple iced coffee on Day 1, August 27. The SBUX treat receipts were still active so I have a couple two-a-days to finish up August.

In September, I had a steady stream of visits, culminating in my final drink, a seasonal Pumpkin Spice Late (PSL) with whip cream. Normally, my drinks are all non-fat, no whip, but this drink was an anomaly. I got the non-fat part, but the barrista still topped off the PSL with whip. Oh well, I took the drink as a reward for finishing the dash. 😉

On a side note, I thought the PSL was completely transformed with the whip. Normally, the drink tastes hallow, if you know what I mean. I like the spices and flavors, but it’s probably the non-fat and no whip combo that eviscerates the drink. Just with the whip alone, there was a whee! factor that I guiltily enjoyed.

Back to the Dash. When all was said and done, I totaled up the cost of participating in the Dash. I missed the transactions for two visits, estimating $4 per visit. The result came out to $57.48 in 13 transactions, which averages out to $4.42 spent per visit. All of that to get $5 in Starbucks credit, an 8% return. Worthwhile? Ehhhh, so so, but nevertheless fun to do. I did set a personal best of Starbucks visits with 24 in August 2012.

Here are some caveats. I didn’t split any purchases into singles to maximize my Starbucks (Gold) Rewards card. On one occasion, I bought some extras like a pumpkin scone and Pumpkin Spice VIA packets (which is selling well).

I’ll leave you with pictures of the $58 of yumminess I enjoyed while dashing. 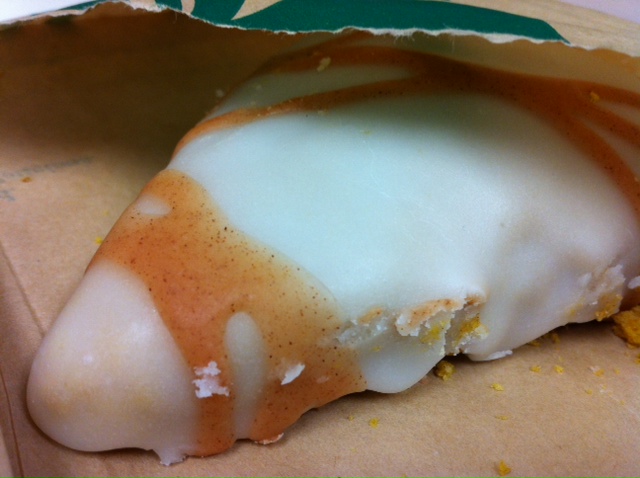 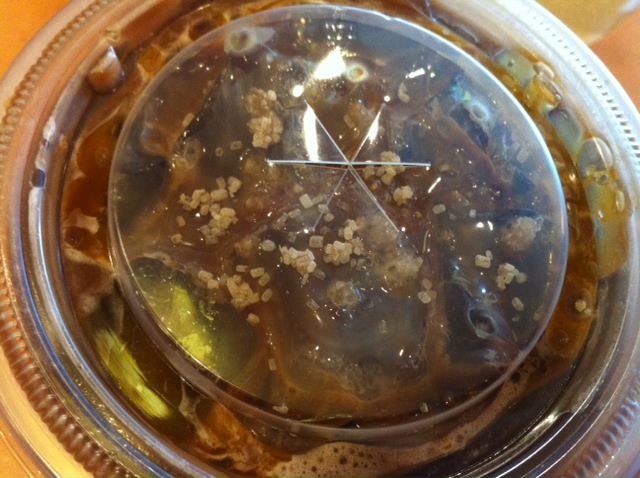 7 Responses to Done with the Starbucks Dash