Wait, wait, wait, what’s going on here? On the surface, the kicks sponsorship of this year’s NCAA tournament looks favorable for Nike. 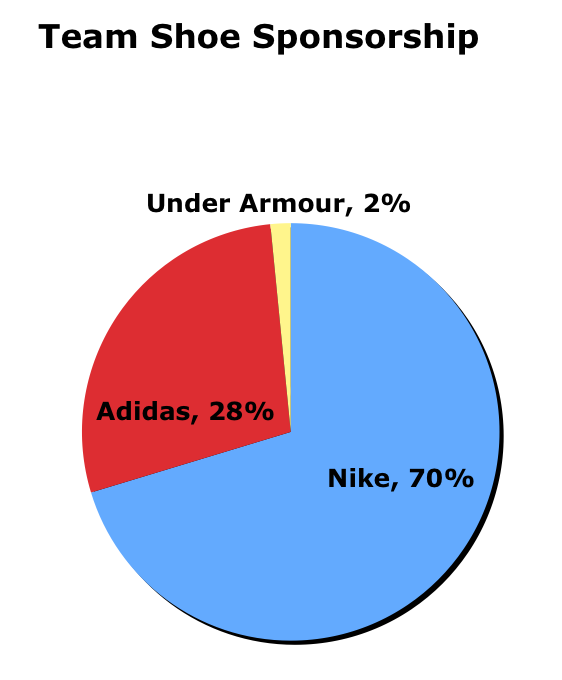 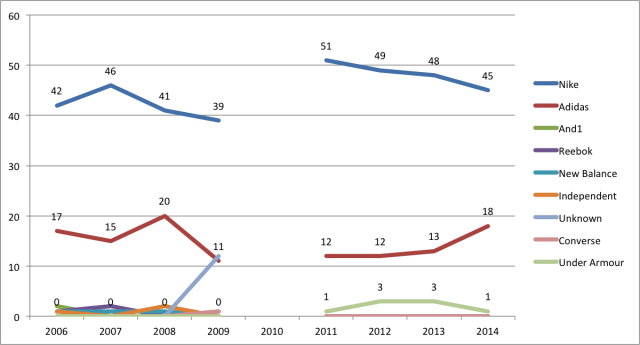 With a high point in 2011, Nike’s numbers have been dropping year after year, slightly, but dropping nonetheless to Adidas’ gain. A concern or a just the craziness of March Madness?