How’s the sneaker distribution look across the different conferences in 2014? 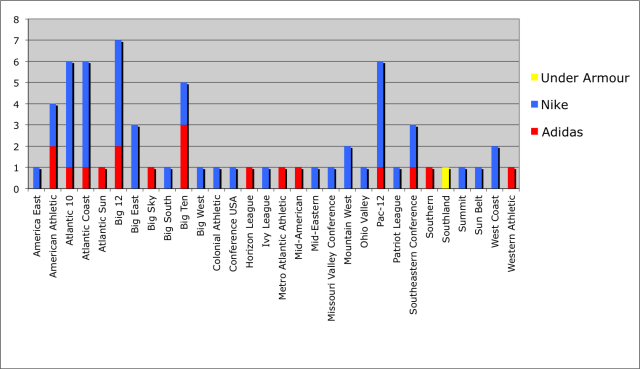 The Big 12 brought the heat this year, leading with seven nods. The Atlantic 10, the ACC, and the Pac-12 also flexed their muscles with six teams each. The Big Ten brought in the most Adidas teams with three (Wisconsin, Nebraska, and Michigan).

Had Hawaii made a run in Big West, there would be one more Adidas entry instead of Cal Poly’s Nike. For the 2014-2015 season, I’m thinking Hawaii should rep these Adidas to showcase the Aloha State. 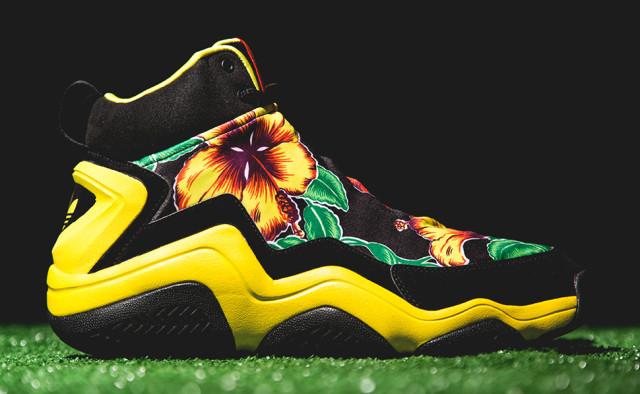