Or this post could have been titled, “Why Air Jordans Remain Popular.” The Finals of 2014 are a role reversal from 2013 when Adidas locked in a victory. This Saturday, second-seeded Wisconsin and their Adidas was upended by an upstart and Nike-clad Kentucky crew. The Wildcats will take on the Huskies of Nike-sponsored Connecticut later today.

About that statement about the perpetual popularity of Air Jordans. This picture says it all. 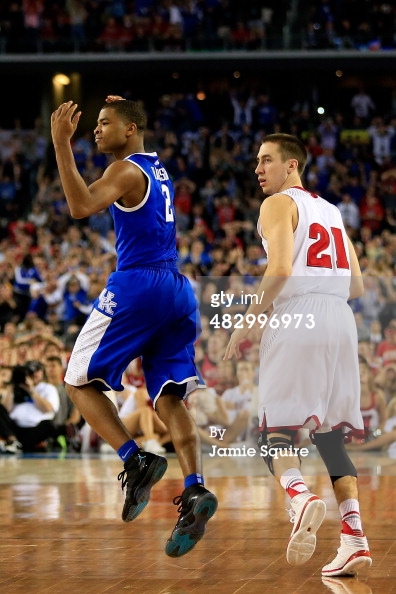