It was all said and done before tip off as both the Kentucky Wildcats and UConn Huskies laced up Nikes for the title matchup. But the championship kicks of UConn was somewhat surprising. Even with the Jordan-athlete Jesus Shuttlesworth as alumni, Air Jordans (retro or contemporary) were not prevalent. Neither were LeBrons (signature or Soldier) or the Slim Reaper’s KD line. I don’t even recall seeing the popular Nike HyperRev on the Huskies.

Instead, the Huskies handled the Wildcats thanks to the Black Mamba. Yep, it looks like Kobe’s kicks were a hit with the Huskies. And we’re not talking the latest Kobe 9 but other models like the Kobe 8 and the Venomenon (it’s so hard to tell with dark kicks with no contrasting details). 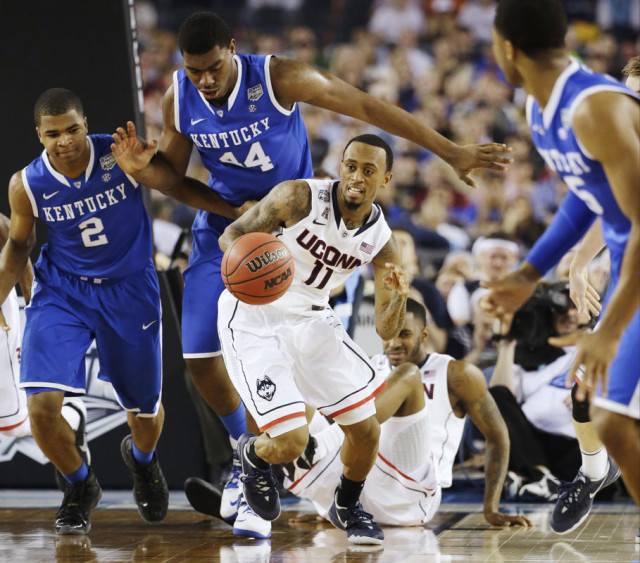 Rewinding back to 1999 (when Connecticut won in Nikes), the kicks title looks like this: