Over the weekend, the sports world learned that LeBron James was coming home while Carmelo Anthony penned, “My city, my heart.” Lost among this NBA hoopla was the return of the champion, the Hawaii State Farm Fair Watermelon Eating Contest champion.

In 2009, the champ took stage and demolished his watermelon ahead of his competitors. Since then, the champ’s been away unable to defend his title. Until now. 2014. July. Hawaii State Farm Fair at Kualoa Ranch. Eight competitors. One winner.

Here’s the action (including a GoPro closeup view). 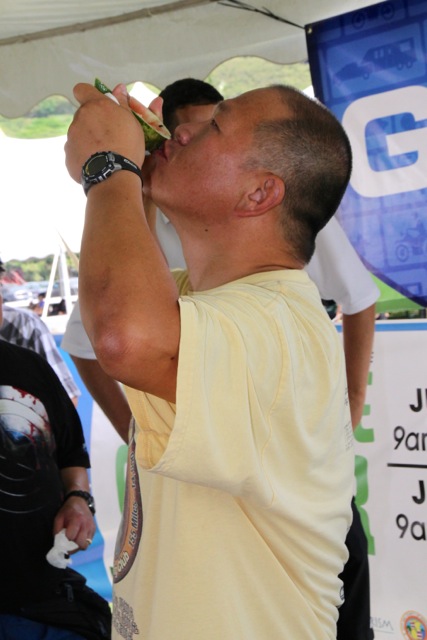 Congratulations to the Farm Fair 2009 and 2014 Watermelon Eating Champ! 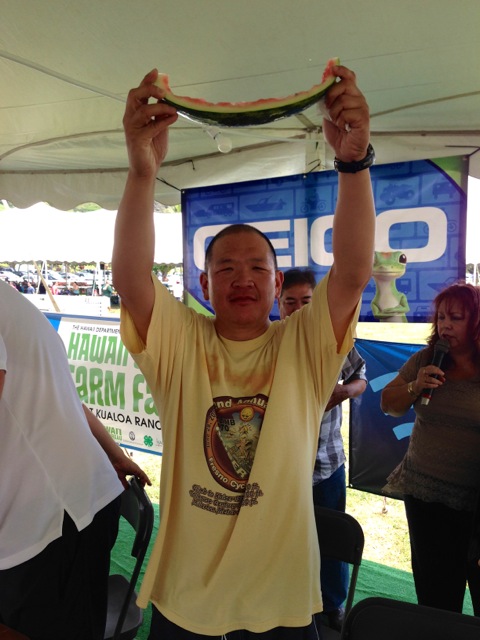