There’s nothing really telling about the kicks distribution in the regions of the 2015 tournament. See for yourself. Nothing eye popping, right?

While scanning images from the early round games, there weren’t true team shoes represented where the entire team wore the same shoe model. In general, players just wore whatever sponsored shoes matched their personal and playing styles. These were the team exceptions to the individual norm – Oregon and UAB.

Being so close to Nike HQ and the alma mater of Phil Knight, Oregon gets the best custom kicks, and the Ducks were decked out in KD7. 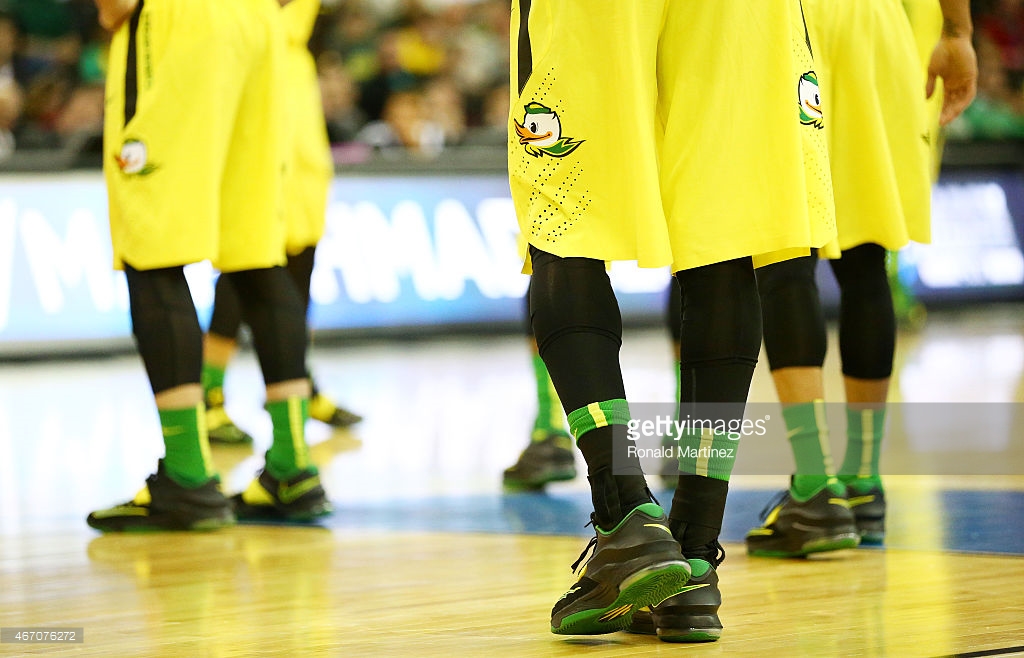 While UAB didn’t quite have the same team shoe, they did collectively wear purposely mismatched Nikes. Throughout the entire season, the Blazers have worn “reversed” kicks to raise awareness and funds for pediatric cancer.

Is Amazon Dash Button an April Fool’s Prank?
Hammer for Hawaii on April 1