Albeit I didn’t do a whole lot of shopping on Black Friday 2016, but I did brave Ala Moana for a few hours. This was in the late afternoon when I figured the crowds would have dissapated and even the heartiest of shoppers would have hit the wall. I was sorta right. Parking was available and made navigable using the recently installed parking counters. These things surely eased any parking anxiety.

As the norm, my first stop was Starbucks. After easily finding parking (though in the boonies), I had to gear up for the crowds. Luckily, taking the closest elevator to the street elevator placed me nearby the Starbucks Reserve location by the former Sears. I hadn’t been to this location since it reopened and didn’t realize it had the “Reserve” status. Really, that didn’t matter to me. What really mattered was the short line.

After I finished my drink, I went for a free refill and this is what I saw at the other two Starbucks locations.

That Disney Vacation sign and pillar blocks the view of how long the line actually was. Looks like it ended near the escalators. So I kept walking to the Macy’s location which had gotten emptier in recent history. Although the gate was down, they were open, but you had to enter through their doors and get jammed into their small space with everyone else.

I don’t know why, but my first shopping stop after getting Starbucks was The North Face. While I love the brand, I had never been to the Ala Moana location. Just no real need in Hawaii, you know. But the place was packed…and in a mess. The entry way display of specials was in a heap.

The store workers tried to keep up with the folding, but the masses undid the orderliness in no time. But now I know where to find Smartwool socks.

To be fair, the mess was everywhere. I went to Banana Republic since they had a hefty 50% off sale but finding shirts like this proved tough. Try finding a pattern and size in this jumble. You needed to make a bigger mess to go through the mess.

So even in the late afternoon, the crowds were still there. Weaving your way to get to your stops was tough with too much congestion and slow moving, bag-laden shoppers. 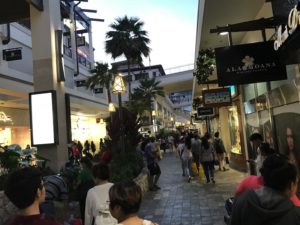 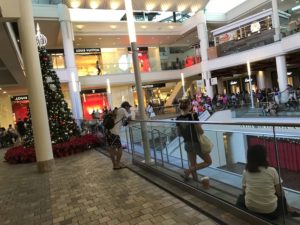 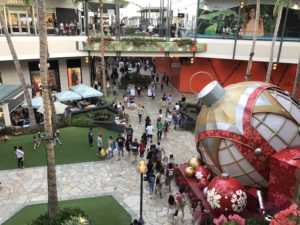 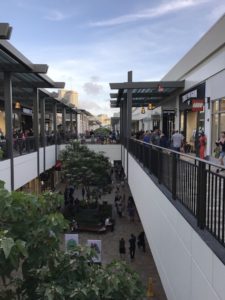 There was still a line just to enter Prada.

Even though I had limited time, I did see a few fun things. The Finish Line in Macy’s ocassionally surprises me with their collection. They had an Adidas NMD colorway, but all the smaller sizes sold out earlier in the day.

Deejays were spinning the tunes as you entered Macy’s. If nothing else, the loud performance woke up weary shoppers.

The Vintage Cave has reopened.

I saw a pair of Yeezys and talked to the owner who had won them in a raffle. Instead of reselling them, he decided to rock them. Props to him!

The Power of the Yoku Moku

The real reason I went to Ala Moana on Black Friday was to buy Yoku Moku at Shirokiya at 20% off. This purchase greatly helped my progress of getting a free Santa snow globe. 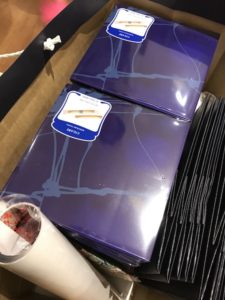 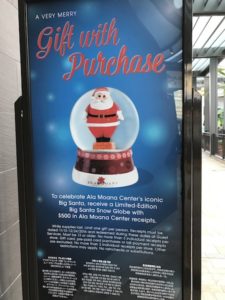 So yeah, like I said, a fun Black Friday!

Starbucks Coffee Tumbler for 2017
A Hint I Ate Too Much