Nike, the company, is simply masterful. They keep you on your toes, and when you think you got it figured out, Nike throws you off-balance once again. But it’s so fun!

Today, November 11, 2019, is yet another example of Nike’s mastery. Sure the Clot Air Force 1 dropped as announced, and Nikeplus Member Day kicked off. But also marking Veterans Day in the US and Singles’ Day in China and Pepero Day in South Korea, you might have guessed that Nike would have another surprise coming for the wary consumers. Could it be the launch of the Clot clothing line?

Nope, it was more obvoius than that, and Nike had told us one week ago with Nike News announcing the Kyrie 6 Preheat collection based on Kyrie’s connection to the number 11. So at 2pm HST (not 11 o’clock in any US timezone), it shouldn’t have been too surprising when the Kyrie 6 Unite the World shock dropped. 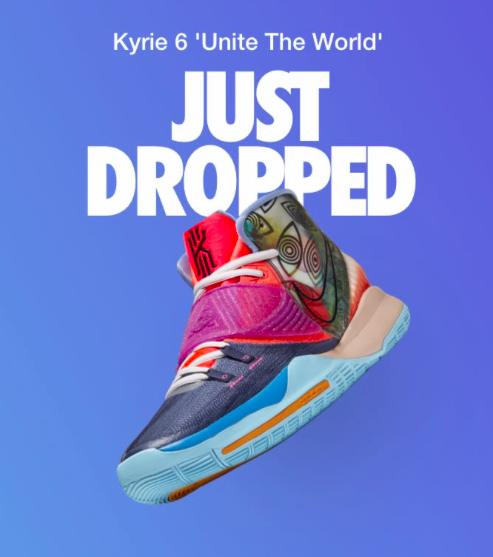 Scrambling to launch the SNKRS app after getting a notification, you may have sworn off Nike for this unexpected but expected surprise. Then became giddy when you saw the infamous Got’em screen. 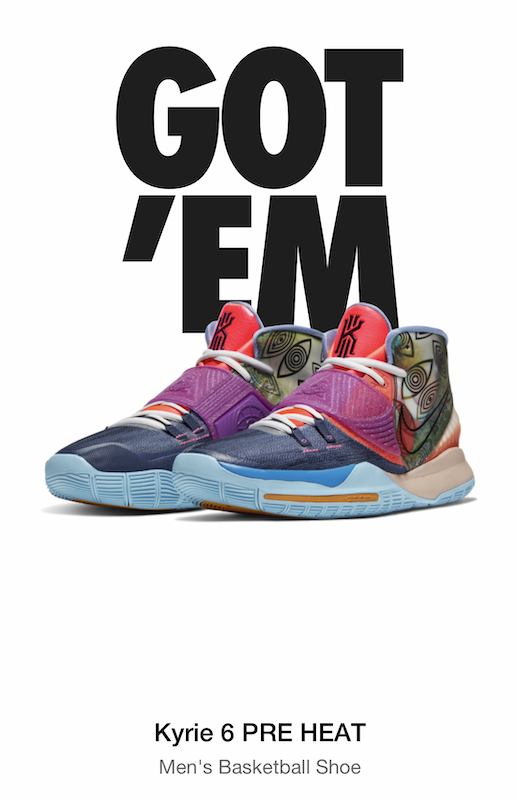 But really, we all know what’s going on. While you may have “got’em” this time, Nike got you all the way.