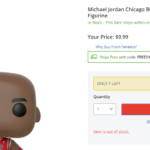 Nope, I wasn’t the one who supposedly got the last one of these Funko Pop Michael Jordans with free shipping from Fanatics.com. 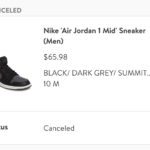 Not once but twice in the same day I became an Air Jordan loser. First, I totally missed the sneaky launch of the Off-White Air Jordan 1 collaboration in the UNC colorway. I learned of the drop one hour later, so it’s no surprise I took that loss.   A few hours later, I get […]

Somewhere along the way, the seasonal Starbucks Pumpkin Spice Latte became a cult caffeine hit. Last year, the PSL celebrated its 10th anniversary giving it reason for an extended stay on the menu. The year before, in 2012, Starbucks held a contest to determine which city would receive the PSL first. Now, there’s no need […] 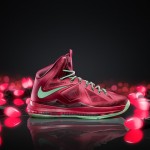 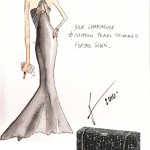 If you want to meet and dress like Dancing with the Stars judge, Carrie Ann Inaba, here’s your chance. To support the Dizzy Feet Foundation, Carrie Ann is auctioning off her Randolph Duke dress which she’ll be wearing in this week’s DWTS Finals. Along with this silk charmeuse and chiffon pearl trimmed fishtail gown, the […]

Continue Reading
By Gee Why on October 27, 2009 in DWTS, Passion

Was Week 5 of Dancing with the Stars a setup? Did you see the smackdowns and metaphoric falls in Week 6? The judges, especially the normally ebullient Bruno, turned hardass, giving accurate but harsh critiques. Who was up this week and who was down? Personally, I was surprised by the gainers of the week, Aaron […]

Continue Reading
By Gee Why on October 20, 2009 in DWTS, Passion

This past week of Dancing with the Stars had to be a set up for things to come. The lowest score in Week 5 was a 21?! Len Goodman consistently giving out higher scores than Bruno? All I can say is watch out in Week 6 as the feelgood is gone! Natalie Coughlin looked great […]

There’s no rest for Dancing with the Stars with another new season already coming up. The Season 9 lineup will be announced on August 17, and a mere month later on September 21, the stars will perform their first dances, and the judges will flash their score paddles. I’m still waiting for an appearance by […]

Continue Reading
By Gee Why on March 3, 2009 in DWTS, Passion

Yikes! Cnet has this exclusive video of Steve Wozniak practicing his dance routine for the upcoming season of Dancing with the Stars. He’s not going to go very far in the competition…

Continue Reading
By Gee Why on November 22, 2008 in DWTS, Passion

Wanting to pursue her new music career, former two-time Dancing with the Star champion, Julianne Hough is calling it quits on the dance floor. Instead, she’ll be spending her time in the music studio in order to “be taken seriously a little bit.” DWTS is losing one of its fresh faces, and I’ll be losing […]