Earlier in the week, LOST was seen setting up behind the Pearl Kai Shopping Center. Today, they moved down the road a bit to Lehua Ave and Fourth Street and took over the tiny Miki’s food stand. Better known as a late night hangout offering ono grinds at 2 am, this stand was transformed into a taco bar by the LOST production crew. Here are a few pics. 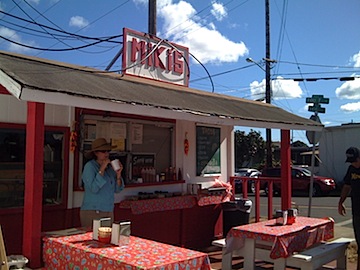 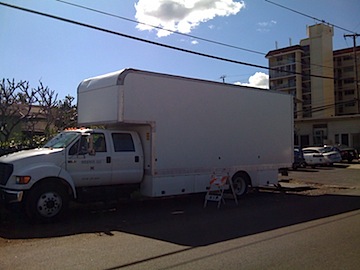 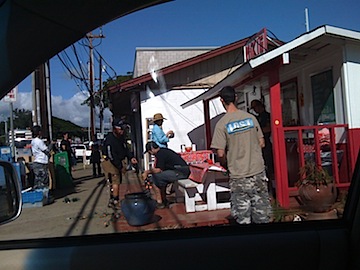 If you’re lucky, you can catch tonight’s filming, and no, I don’t know if Miki’s will be open for late night business after the shooting.

LOST Filming in Pearl City
These Are Jordans?