Due to family history and recent medical events in my extended family, it was worthwhile to get answers sooner rather than later. So with that, I visited my primary care physician and requested the procedure. I was told that since I didn’t meet the age minimum, I couldn’t simply request a colonoscopy. But with a family history of polyps and other medical issues at the time, I was referred to a GI doc for a consultation.

With the push for increased awareness of GI ailments, I didn’t realize that colonoscopies are big business and there’s a significant backlog of getting an appointment with a GI doc. I could go to a hospital like Straub or to a private practice like the Pacific Endoscopy Center. The hospital had a shorter wait so I took that route. Even then, the first consultation appointment I could get was six weeks away.

Soon enough, the weeks passed, and there I was talking with the GI doc about why I wanted his tools up my butt. Again with family history, the procedure was approved and could happen as early as a week! So while getting the initial consultation is tough, getting the actual procedure is timely.

To prep for the procedure, I started a low fiber diet five days out. Yep, low fiber, not high fiber as I would have expected. That means no nuts, fresh fruit with peels/skin, or fresh vegetables. It’s almost like the food you’re told to avoid is the only things you can eat during this time. So take advantage and hit up McDonalds, you’ll be safe with their typical fare.

One day before, you go on a strict clear liquid diet which wasn’t too bad after all. Jello, juice, clear broth, soda, coffee, and water can fill you up for one day. Then the real fun begins. It’s time to clean out your entire system by drinking a liquid laxative. Four liters of it! That’s almost one gallon and about 17 cups of fluid. For my afternoon appointment, I had to drink three liters the night prior and the last liter the morning of. 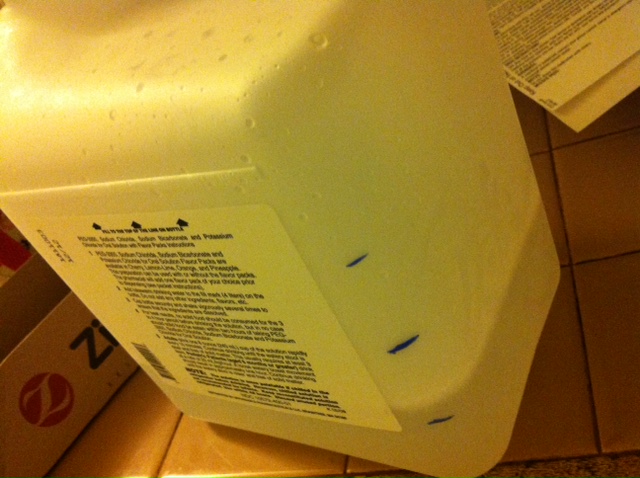 You ever wondered what Gatorade concentrate mixed with sea water tastes like? Wonder no more since that’s what you’ll be drinking (at least what the laxative reminded me of). Fortunately, I picked the orange flavor packet and the smell and aftertaste struck me as orange Gatorade-ish. So while chugging down one cup every 10 minutes, the smell flooded me with old memories playing basketball in the hot Hawaiian sun and quenching my thirst with orange Gatorade. If it weren’t for these fond memories, this laxative preparation would have been way worse.

The first hour started off good, and I tried to drink a bit extra with each cup every 10-15 minutes. The second hour was worse with times increasing to every 15 minutes, and the last hour was really difficult with even more time in between drinks. You have to drink quickly and don’t hold the liquid in your mouth – you’ll spit it out or worse.

Surprisingly, the laxative took some time to kick in and even then, it wasn’t as violent as I feared. Sure, you gotta go, but not uncontrollably. More relief came from finishing drinking the laxative for the night.

The next morning, the last liter went down easily since I was thirsty and hungry, and I knew what to expect. I wasn’t very hungry even though I hadn’t a bite of solid food in over a day. Now for showtime… 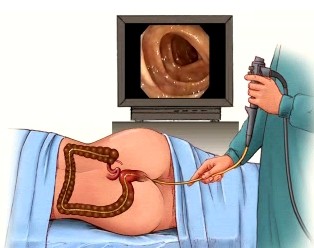 In a gown and booties in the hospital, I was connected to oxygen and an IV and given a sedative via the IV. With the sedative taking effect, I felt a cold glop then a few “dips” from the scope, and it was off and exploring. I could watch the display screen but was sleepy from the sedative and didn’t particularly like the the view up my ass so I kinda dozed off. I think when the scope hit a turn in my intestines, the nurse had to roll me and massage my stomach area to clear a path. Your insides don’t feel pain so short of the roto rooter slipping through my anus, I couldn’t feel much. I did feel pressure when air is injected but all things considered, that’s pretty minor.

After 10-15 minutes, it was done! It was fast. Somehow I ended up in a recovery room as the sedative wore off. The room is full of “personal gas” as you’re encouraged to burp and fart as a sign that things are working right internally. You’re in this recovery room longer than the colonoscopy itself as attentive nurses check your status and give you snacks and drinks.

Two hours from check in to check out passed and truthfully, prepping for the colonoscopy was worse than the procedure itself. Really. The next day, I was back to normal for the most part. You can eat as before but your digestive system is a little sensitive after not having anything in it except for the medical scope.

So. There’s my long story about getting a colonoscopy before the age of 40. It was a scary decision to make not knowing what the results would be, but that fear of the unknown was more paralyzing than anything else. Oh yeah, what were the results? A clean bill of colon health!

Liking the Orange Juicies
My iMac Is Almost 4