From a marketing seminar, the instructor advocated the power of testimonials. So I’ve decided to start collecting some of the kind words people have said about Pulpconnection. Here’s what I’ve found so far. Impressive no?

From around the Twittersphere 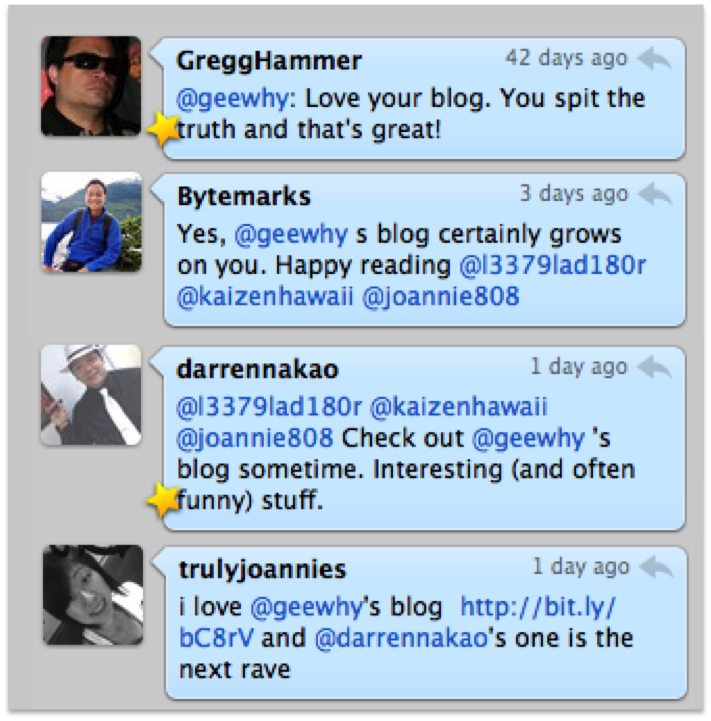 My contributions to the Urban Dictionary: