I wrote about my observations onboard the USS Nimitz, but when talking about an aircraft carrier, there’s the obvious question, “Where are the jets?” Here they are. Cue up the Top Gun music (it’s a must).

Unfortunately, there were no flight operations at night so I didn’t get to witness the skills of the pilots landing a plane in near darkness. Watch Colin Sato’s video of flight ops at night to see what I mean.

I love the orchestration as a fighter gets ready to launch. You see all the flaps start waving around then you see the guys on the flight deck do a visual then give the thumbs up. It’s almost theatric. The steam after the catapult launch is a cool visual as well.

These are my favorite shots. 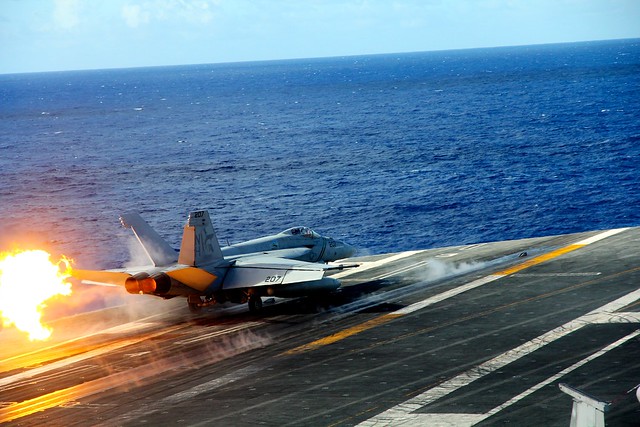 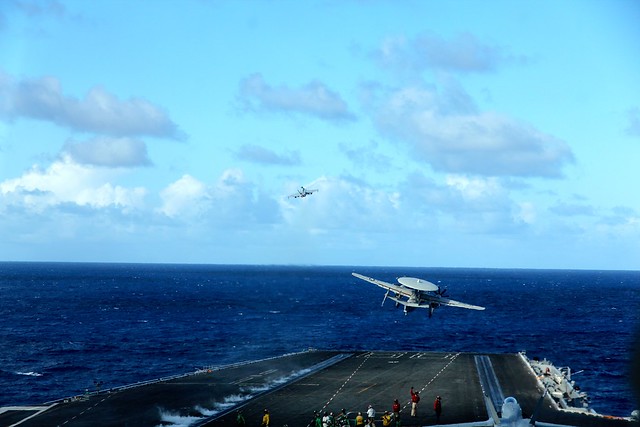 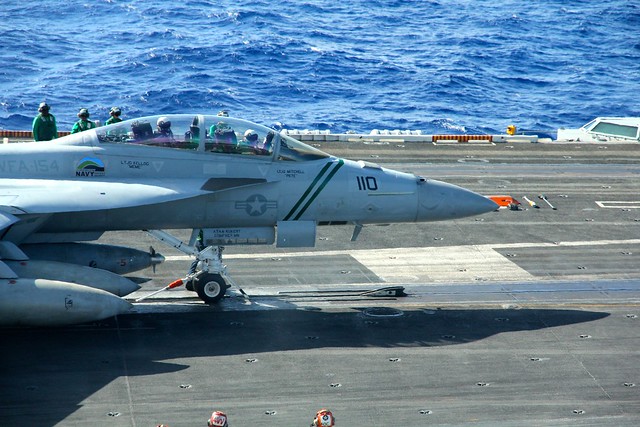 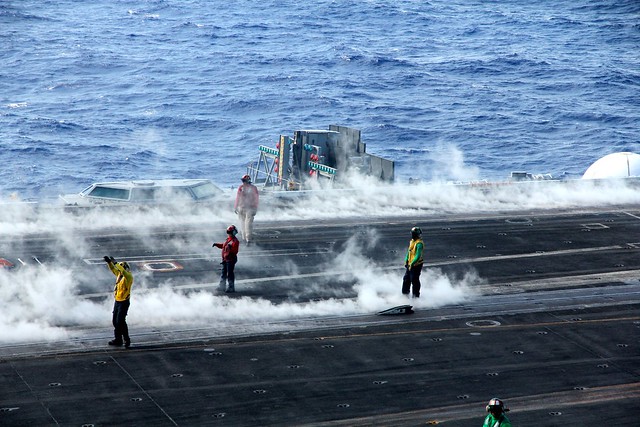 The steam adds a cool visual 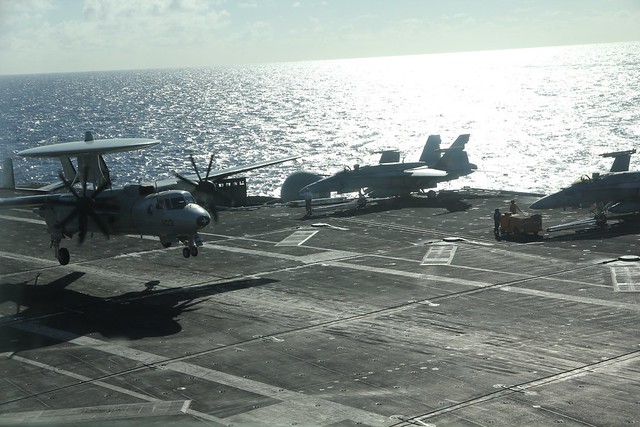 Gearing Up for School
Sounds from the USS Nimitz