Seemingly like most other sneaker fans out there, I whiffed on getting a personal pair of the Travis Scott Air Jordan 6 collaboration. So what happens when you take an “L?” You rage cop. Out of rage, I copped a Starbucks Nitro and a Disney+ streaming subscription. And I though I was done with the rage abated.

I was wrong. Rage still swelled within and released after getting a pair of these Air Jordan 1 mids. Yes, an AJ mid and in women’s sizing. But the Travis Scott-like tones drew me in, and my final rage cop was complete. 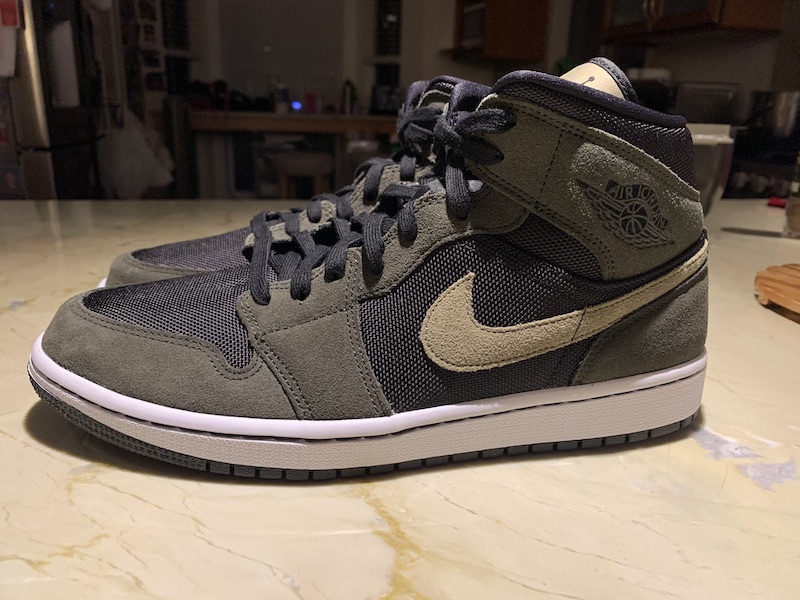 For the record, this shoe is BQ6472-030 in Black/Trooper-Sequoia and was purchased from Oneness.