Headed out to Times Square in the morning to see how many people never sleep in New York. Yes, it was crowded. Got discounted Broadway tickets from the already packed TKTS booth.

Needing to get above the crowds of people, we walked to Rockefeller Center to ascend to the Top of the Rock. Overall, a much more enjoyable experience than the Empire State Building. Yes, the Empire is iconic, but the Rock is better planned. Scheduled arrivals make the crowds of visitors more manageable and distributed. Even the elevator ride is better with a see through ceiling that you can watch the animated ascent. At midday, everything went quickly, and we were atop the Rock in a matter of minutes. The views are much better with the less intrusive safety glass surrounding the observation deck.

The only negative I could nitpick is the mobile connectivity. Although 800 feet up and all these rooftop antennas, I was still getting one bar of AT&T 4G service. Kinda hard to Instagram the awesome scenic pics with only one bar of service.

After touring the top, down below has many options for dining and entertainment. From hot and humid on previous days, the weather became overcast and cool so a nice warmup came in the form of a mocha from Blue Bottle.

With limited time to look around, we stopped by the Lego Store and saw the New York inspired skyline and the Flatiron building. 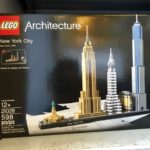 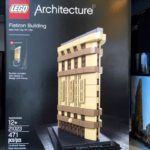 But I also liked the White House.

Our party separated to watch different Broadway plays while I went exploring amongst all the other people. My first destination was the NBA Store. Right outside its doors, I spied these tricked out cars.

Yup, you guessed it. Fast and Furious 8 was filming somewhere in the area. No actors were around, just the rides. 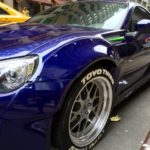 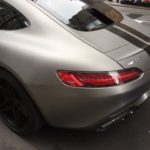 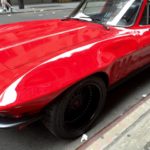 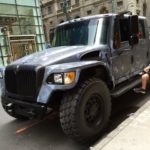 Inside the three-floor store, there were more people, oh, and all things NBA. I was going for a Derrick Rose Knicks tee, but despite being one day old, this new release was sold out of larges. Even mediums and XL were scarce.

There were items from the 2016 Championship including a tee depicting LeBron’s rim defense.

Dwyane Wade’s Li Ning kicks pack was there for $330.

I got a chuckle from Kevin Durant’s clearance gear from Oklahoma City. His OKC jersey was down to $65 from $110, but I still passed. Unfortunately, KD’s Golden State gear hadn’t yet arrived so you could only custom make items at a higher cost.

After the NBA and FF8 experience, Grand Central Station was my next stop. Yes, more people and armed guards strolling around.

There’s an Apple Store inside of Grand Central but rid all your knowledge and experiences of other Apple Stores. Because even when you see this…

You get this…over two city blocks of fruited goodness. This is not a small enclosed store. The expanse is the Grand Central Station. It’s actually integrated with the station.

I made a Genius Bar appointment to check out my Apple Watch but had 30 minutes to wait. Headed downstairs to check out the dining concourse. Said no to Shake Shack.

But yes to cheesecake from Magnolia Bakery.

Back at the Genius Bar, I was told to reset my Watch and redo the pairing process to fix my software glitch. Satisfied with the simple fix, I had to make my way to Koreatown for dinner. Walking there, I saw more of New York. There were bridesmaids crossing the street.

And nakedness at the public library for national body painting day. 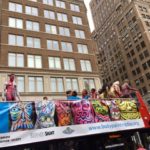 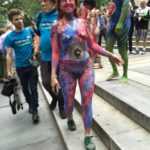 And the day wasn’t done with a trip to the largest Macy’s.

Followed by a quick jaunt to Eataly.

The Flatiron building is right outside.

And that’s more than enough for one day. Good night!