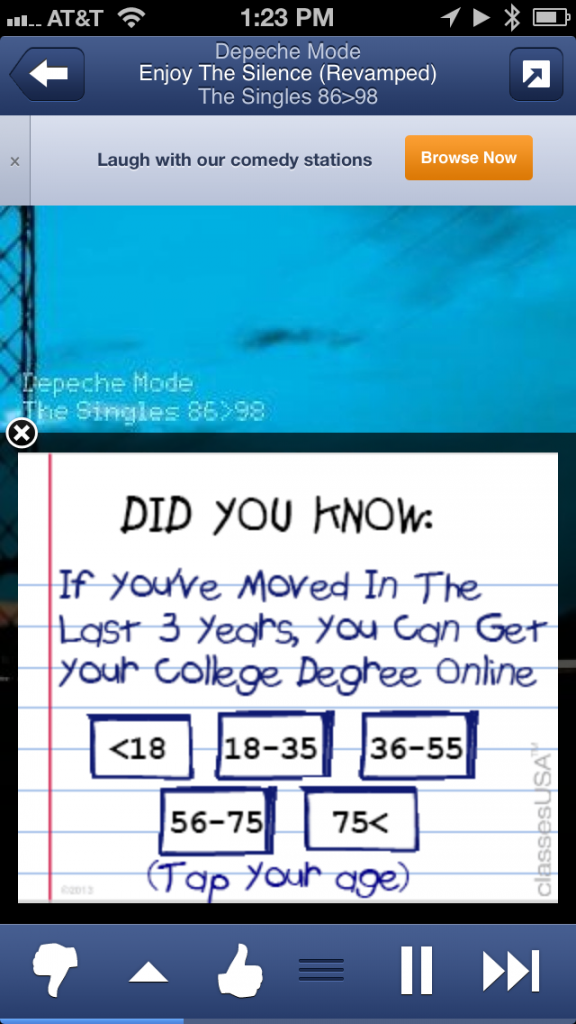 While using the free version of Pandora, this advertisement popped up, and I happened to look at it.

First off, yes, I was listening to Depeche Mode but back to my question. The ad wants the user to tap on his age. I can understand the age ofÂ <18 (less than 18) but then isn’t 75< (75 less than) technically a correct age group for anyone under the age of 75?

Yeah, I don’t think I’d want to take classes from this advertiser, not only because of 75< but that mis-lined comic typeface doesn’t lend much credibility either.

One Response to What is 75<