That’s what haunted me as my LG G3 Android phone was stuck playing this tune. The screen wasn’t responsive, the phone was getting hot, but I would hear that AT&T ringtone every few minutes indicating some function. Not knowing what was going on, I now understand why I had to initially install the battery – so I knew how to remove the battery for situations like this. 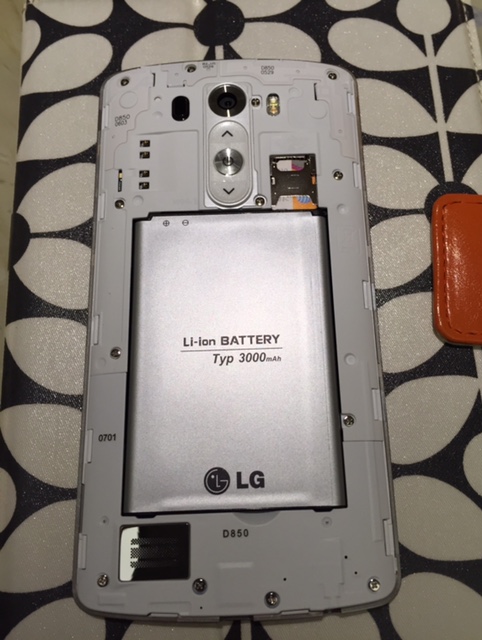 I removed the massive battery and let the phone sit for a few seconds. After reinstalling the battery and powering up, the phone behaved as normal though the full charge was now at 76%. I think there are few things I need to learn about the LG G3.